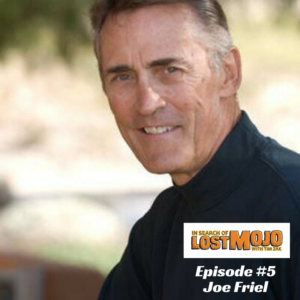 For nearly four decades, Joe Friel has been one of the world's top coaches of endurance athletes and a pioneer in developing approaches to optimize human performance.

In his storied career, he coached an Ironman Triathlon winner, USA and foreign national champions, world championship competitors, and an Olympian.  His clients have spanned a wide variety of disciplines including road cycling, mountain biking, triathlon, running, rowing, and endurance horse racing.

He is also the cofounder of TrainingPeaks.com and TrainingBible Coaching, as well as the author of more than a dozen books on athletic training and performance including his latest, Fast After 50. He has been a columnist for more than 200 magazines and his articles have been featured in such publications as Runner's World, Outside, Men's Health, Bicycling, the New York Times, and Vogue.

Joe helped found the USA Triathlon National Coaching Commission, serving two terms as chairman, and conducts seminars and camps on training and racing for endurance athletes and coaches in Asia, Europe, North and South America, and the Pacific region.  In addition, he is a sought after consultant to corporations in the fitness industry and to national governing bodies.

Joe is an accomplished athlete in his own right--a Colorado State Masters Triathlon Champion, member of several All-American teams, and a representative of the United States at world championships. He's still competing today as a 70+ year old masters athlete in USA Cycling bike races and time trials.

It was an honor and a treat to pick the brain of one the world's leading authorities on optimizing the performance of masters athletes and really anyone over 50.  Enjoy!

Want to hear another episode from an expert in masters athletics and high performance aging? In this episode, we talk to Dr. Vonda Wright, Medical Director of the UPMC Lemieux Sports Complex and the founder and director of the Performance and Research Initiative for Masters Athletes (PRIMA)